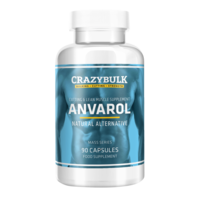 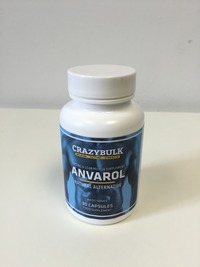 Oxandrin(Anavar) is the brand name for Oxandrolone which is an oral anabolic steroid. Commonly used in bodybuilding and among athletes and wrestlers in the UK, this anabolic steroid works to promote endurance, muscle mass gains and stamina during cutting phases of training. Featuring low androgenic activities (it lacks enough capacity to convert to the more potent di-hydro form through interaction with 5-alpha reductase enzyme). Oxandrin is recommend for women who dread the masculinizing effect of steroids. Plus, it also has a unique chemical configuration of oxandrolone that ensures maximum effects with the least side effects.

Other than boosting strength and improving performance, Oxandrin is also used as a treatment for osteoporosis and muscle building in the case of injury. For instance, Oxandrin has been used successfully in a number of studies to heal cutaneous wounds and even improve respiratory functions. That’s not all either, Oxandrin is actually one of the various androgens that help in hardening up your muscles and making the conditions suitable for fat reduction. Sometimes referred to as a fat reducer, Oxandrin helps reduce both visceral and abdominal fat permanently.

Still, with steroids often being subject to contentious debates, there have been a number of myths that are doing rounds on the internet and in bodybuilding communities in the UK. Listed below are some of the myths and the actual truths;

Myth #1. Oxandrin does not require any type of PCT

Although it is a well known fact that Oxandrin is a suppressive compound a number of people are still reluctant to invest in some PCT (Clomid/Nolva). However, it is important to note that the dosage required for Anavar is not as heavy as that required for other steroids, in fact 50 mg clomid suffices.

Myth #2. Oxandrin is a weak anabolic that only works effectively when stacked with other androgenic compounds

Studies suggest that at a dosage of 50 mg per day or higher, Oxandrin is impressively effective at adding water-free LBM. In a the span of a week, vascularity should become apparent and strength gains should be experienced in 14 days from the start of the dose, that is, with the assumption that the Oxandrin being used is legit in its dosing. When used during the cutting cycle, you should expect to maintain weight or gain as much as 10 pounds, depending on the diet being undertaken. On the other hand, when taken on a clean break, expect to gain up to 20 pounds. With the use of proper PCT, you can maintain and/or keep all the gains.

Myth#3. Oxandrin does not suppress HPTA

The recommended Oxandrin intake is 20-40mg per day for males. For women, a dosage of 10-15 mg per day is enough for significant muscle growth. Although Oxandrin is described as the ‘gentlest of steroids’ it can still cause side effects particularly on liver because it is an 17 alpha-alkylated oral. As such, you are advised against taking larger-than-recommended doses of Oxandrin.

Compared to other anabolic steroids, Oxandrin has very few side effects, perhaps the reason why it is so popular.

The minor side effects when on Oxandrin cycle include nausea, loss of sleep, and changes in sexual interest.

Oxandrin is very mild as mentioned earlier, so almost all users experience no side effects, however this is still an anabolic steroid and so any of the side effects associated with steroids are a possibility.

Buying steroids online has become the number 1 choice for most users and Oxandrolone is no exception. There are a bunch of sites where you can buy Oxandrin online without a prescription, the problem is how do you know which sites to trust? A recent article on the internet had stated that about 99% of websites selling Steroids are actually scams, they take your money and send nothing. A lot of Steroid forums these days have sections with sponsors who sell Steroids, you can find reliable sources this way by reading what other users say about them.